Invite Brian and Charles into your life 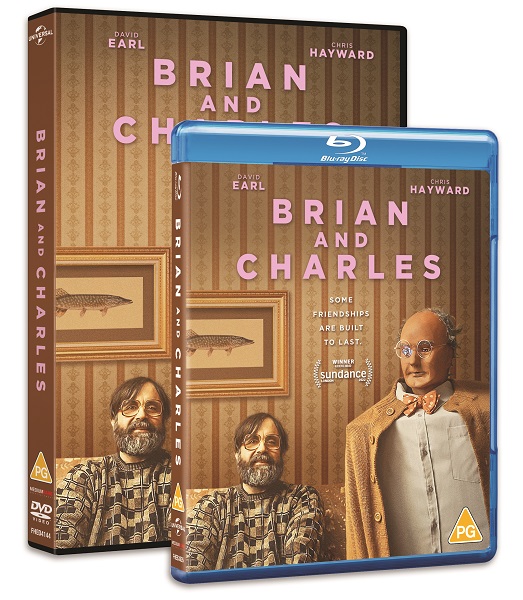 Mediumrare Entertainment has announced Brian and Charles, the delightful comedy starring Chris Hayward is being released on DVD and Blu-ray on 10 October 2022.

Directed by Jim Archer, based on his acclaimed short film from 2017, this charming, surreal comedy features Chris Hayward as Brian, a lonely inventor who decides to build a robot for company, but ends up having to deal with far more than he bargained for. The Observer described it as "a very British robot movie", that has “homemade charm to spare, proving delightfully ridiculous but also poignant”.

Brian is a lonely inventor who lives in a remote valley in North Wales, spending his days in his dilapidated workshop constructing bizarre objects nobody wants. Then one day, Brian builds a robot. Made out of an old washing machine and a battered mannequin head, the 7ft tall machine is a walking, talking lifeform with the mannerisms of an inquisitive child, keen to know about its surroundings and how everything works. Initially, Brian and Charles have a great time together, the robot being the perfect antidote to Brian’s loneliness. However, as their relationship develops, things become strained.

Charles, desiring independence, becomes obsessed with seeing the world. But Brian is reluctant to even let Charles outside, and makes it clear from the offset that it’s a dangerous world out there. Thanks to his interactions with Charles, Brian grows in confidence and forms a friendship with local woman, Hazel, somebody who’s as shy and reclusive as Brian himself. As their relationship blossoms, they are suddenly brought even closer when Brian’s worst fears come true - Charles goes missing. Now, having been a recluse all his life, Brian has to finally decide whether he has the courage to stand up for himself or shrink back into the shadows once more.

If you're a comedy fan why not stream one of these movies, for free with wedotv.com: a mom starts an unusual business in Sunshine Cleaning, a man, a woman, and a duck (!) in Love Birds, Cary Grant stars in the classic His Girl Friday, take a trip in Two Days In Paris and comedy royalty Steve Martin and Lily Tomlin star in All of Me.