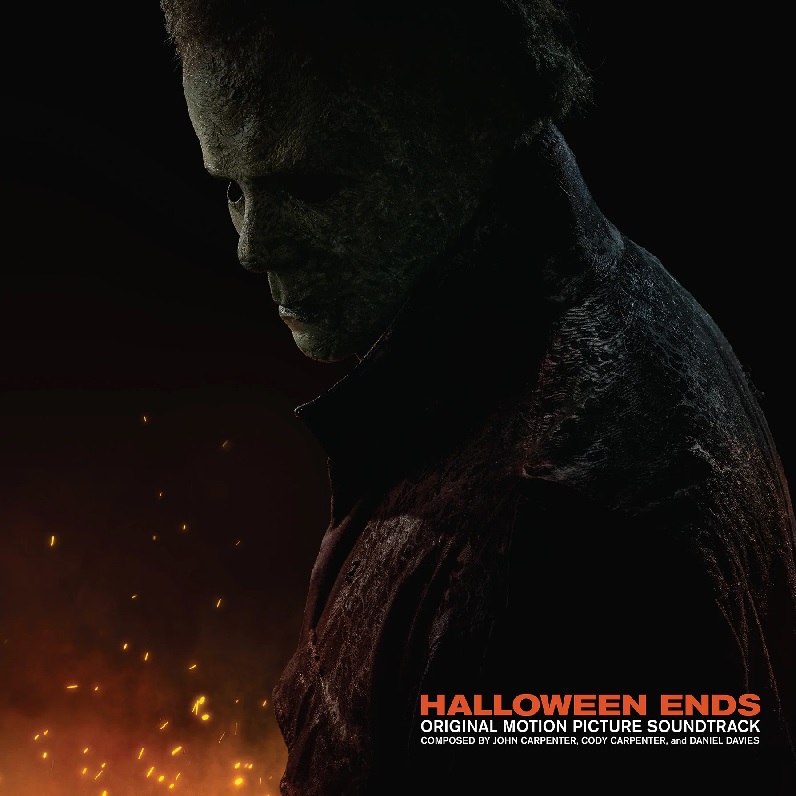 After 45 years, the most acclaimed, revered horror franchise in film history reaches its epic, terrifying conclusion as Laurie Strode faces off for the last time against the embodiment of evil, Michael Myers, in a final confrontation unlike any captured on-screen before, one where only one of them will survive.

When the franchise relaunched in 2018, Halloween shattered box office records, becoming the franchise’s highest-grossing chapter and set a new record for the biggest opening weekend for a horror film starring a woman. In 2021, Halloween Kills earned the biggest opening weekend for any horror film in the pandemic era and simultaneously set a new record for a non-live event premiere streaming on Peacock.

As Halloween Ends marks the last chapter of the David Gordon Green trilogy, so it ushers the essential return of original director and composer John Carpenter to score the iconically hair-raising soundtrack alongside Cody Carpenter and Daniel Davies. Together they once again bring the celebrated music score to the horror movie series, one of the most distinctive aspects of the franchise to date.

Similarly to the last two soundtracks, Halloween Ends was recorded in its entirety at John Carpenter’s home studio and Daniel’s studio. “The three of us compose, perform, and record all the music, and everything is mixed by Daniel together with John Spiker” says John Carpenter. It will be available digitally from 14th October 2022 and vinyl (in many different varients) from 20th January 2023 on the Sacred Bones label.

The unmistakable mix of software synths, vintage analogue equipment, and live instrumentation is utilized once again to provide the signature sound of Halloween. However, rumors have it that Halloween Ends is going to be somewhat different from the previous two films in the trilogy. With that comes an expanded soundtrack, one that matches the tone of a tangible rise in stakes and conveys the climatic feel of the film. The soundtrack of the third installment broadens old themes whilst creating new ones in an effort to bring renewed life to one of the most epic horror scores ever written. Carpenter elaborates, “The main themes have all been passed down from the original Halloween. We have refined them and created new themes for new characters.”

The soundtrack was tracked scene by scene but the album itself plays like a standalone piece of music. The general atmosphere is one of dread yet the record includes some groove laden moments reminiscent of Escape From New York or some of Carpenter’s other more dance-able scores. Exquisite and delicate ambient pieces weave their way between some of the score’s more arresting moments and yet maintain a subtle pop sensibility. The overall achievement showcases three master musicians, one of whom invented the entire horror-synth genre, crafting an evocative, playful and deeply listenable score that honors a legacy and expands on the decades of work that have been leading to this triumphant climax.

Carpenter is known for directing the original 1978 Halloween, as well as other horror classics like The Thing, The Fog, Escape From New York, Christine, Big Trouble in Little China, andThey Live. However John Carpenter is not only a cult movie-maker, he’s also a pioneering electronic composer.

Halloween Ends is the soundtrack of the final battle against evil. Watch your back this Halloween, Michael may be near you.

If you want a horror movie fix for free whay not try these slashers which are streaming now on wedotv: Last Girl Standing is one of the best "Final Girl" movies in recent times, witness a very violent tale of revenge from beyond the grave with Some Kind Of Hate, Euro horror is alive and well in the stylish piece Blind, webcam thrills and chills in GirlHouse and one of the best retro hack n' slash movies ever made, Adam Green's Hatchet.