Raw Deal to get a brand-new release on 4K 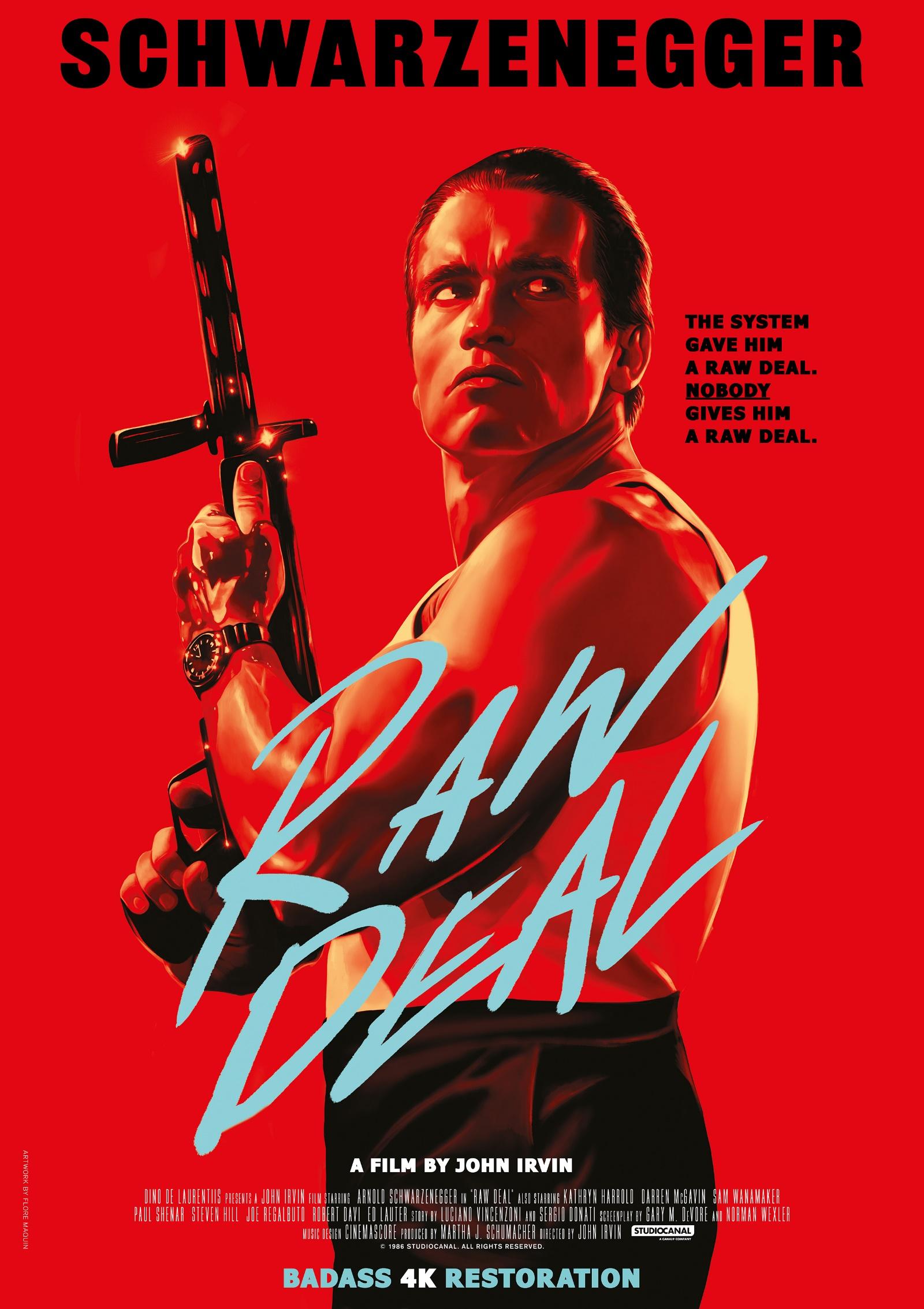 The release will feature a new artwork designed by renowned graphic artist, Flore Maquin. Maquin is noted for her iconic Cannes Film Festival 2018 and 2019 poster designs, as well as a host of other film work. A new trailer has also been created to promote the release.

Raw Deal was adapted from a story by Sergio Leone collaborators Luciano Vincenzoni (For a Few Dollars More, The Good, The Bad and The Ugly) and Sergio Donati (Once Upon a Time In The West) and stars Schwarzenegger alongside Kathryn Harrold (Modern Romance, Yes Giorgio), Darren McGavin (Billy Madison) and Sam Wanamaker (The Death on The Nile, Superman IV: The Quest For Peace) and Robert Davi (The Goonies, Die Hard). Dino de Laurentiis Entertainment Group produced the film.

Dishonoured and forcibly retired from the FBI on grounds of excessive brutality, Mark Kaminski (Arnold Schwarzenegger) is demoted to being a Sheriff in a small town, where his wife heads straight for the bottle and his career goes nowhere. However, when the son of an old friend, Agent Harry Shannon (Darren McGavin), is killed whilst guarding a mob informant against the criminal outfit led by Luigi Patrovita (Sam Wanamaker), Kaminski is given a second chance.

Charged with infiltrating and single-handedly bringing down the mobsters from within without the protection of the FBI, Kaminski assumes a new identity and must resist the temptations of the mysterious Monique (Kathryn Harrold) and maintain his cover, with his eyes on the biggest prize of all – reinstatement and thus a return to the life that was taken away from him.

For those who like details the restoration was produced in 2022 by STUDIOCANAL using a combination of original 35mm elements scanned in 4K 16-bit. Scratches, physical damage and dust were erased frame by frame. The colour grading was completed at VDM Laboratory – France. The project was supervised by STUDIOCANAL’s Sophie Boyer, responsible for library restoration at STUDIOCANAL, and Jean-Pierre Boiget, EVP distribution Services & IT at STUDIOCANAL.

Like action, then you’ll love these movies currently streaming for free on wedotv.com; Danny Dyer stars in the hard-hitting City Rats, a war veteran (Dave Bautista) needs to stop an uprising in Bushwick, vengeance is the name of the game in My Father Die, Wesley Snipes is back amongst the dead in Gallowwalkers and Dolph Lundgren is The Killing Machine.