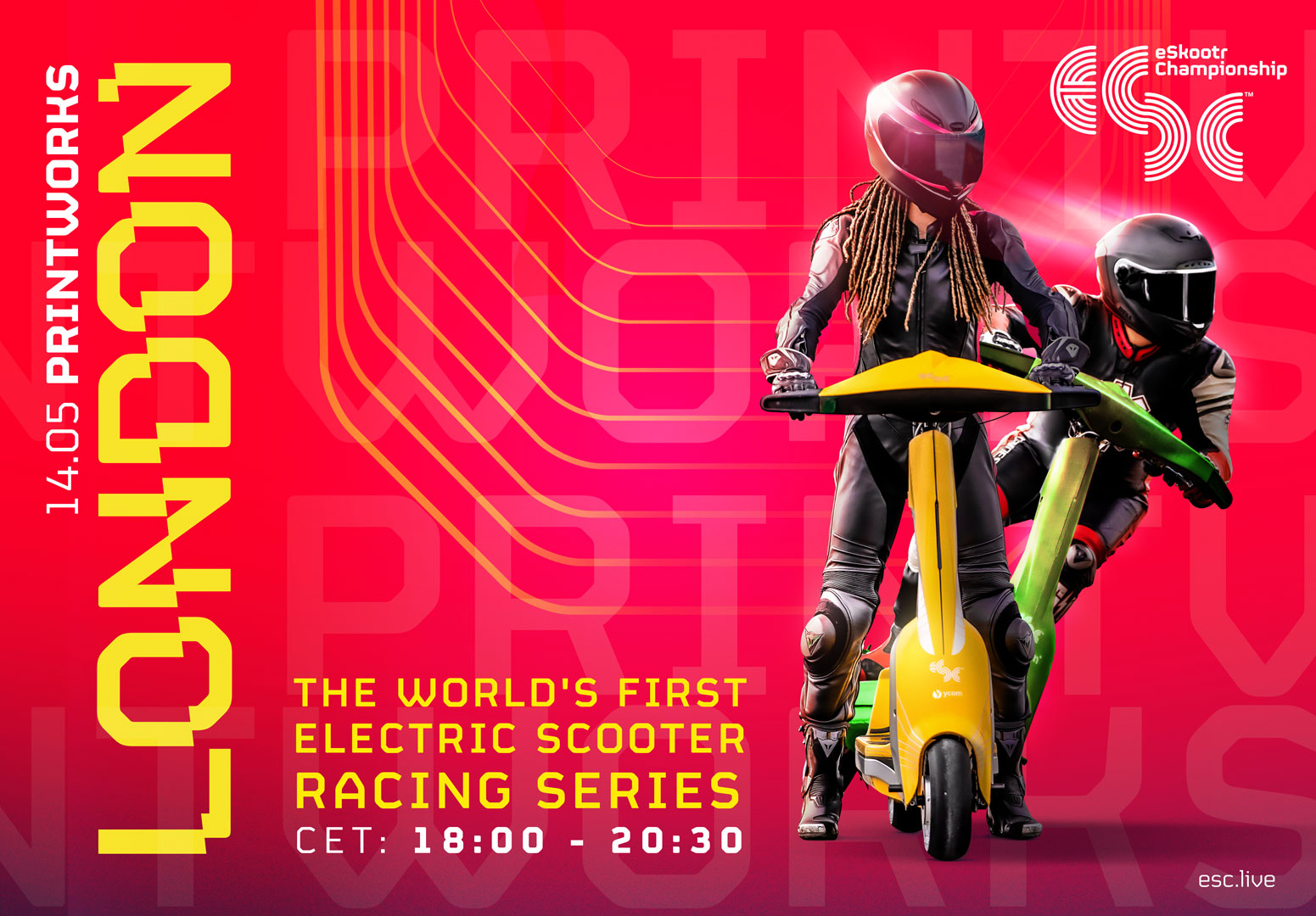 The eSkootr Championship in London is the world's first electric scooter racing series, and it kicks off in London today! Their rallying cry is, "Micromobility is being turned into a competitive sport for the very first time," and this is exactly what they are doing. This conference is intended to offer solutions for micromobility to a society that is working toward a more intelligent and environmentally friendly tomorrow.

Hrag Sarkissian and Khalil Beschir established the eSports Championship in the year 2019. They were faced with the challenge of developing a new form of motorsport and had no existing frame of reference, so they quickly brought in a team of individuals who shared their values in order to pull together the initial specification for the eSports Championship.

Both former Formula One and Le Mans racer Alex Wurz, who was given the role of eSC Safety Ambassador, and reigning Formula E champion Lucas Di Grassi, who took on the role of the series' Sustainability Ambassador, were instrumental in the conception of the idea.

Round 1 of the eSkootr racing series is being held at Printworks in London today. Thirty riders will compete against each other in brief, high-speed heats for the honour of their team and the championship. In addition, the world-first racing and lifestyle experience will feature live performances by Lady Leshurr, Anz, and DJ La La as part of an incredible four-hour music show that will begin immediately after the presentation of the eSC winner on the podium.

Thirty professional athletes who participated in the eSC Rider Programme were required to complete a stringent assessment, testing, and training programme before being considered for participation in the Championship. After that, our eSC Racing Teams used a drafting system to choose the successful riders as their team members.

Riders of the eSC are not only athletes are sure to become sporting heroes of the future and informed advocates for sustainable micromobility. They are role models for the next generation who are approachable as well as genuine.

The goal of the eSkootr ChampionshipTis to advance micromobility culture and technology in cities around the world that are known for their progressive thinking. To help educate people on the implications and benefits of a rapidly changing mobility landscape, we will collaborate closely with city officials and the governments of the various local jurisdictions.

The following events are scheduled to take place in Switzerland, Italy, France, Spain, and the United States of America, all of which are eagerly anticipated.

Wedotv will provide a live stream of this event for you to watch. The link to the live page can be found here

Watch for free, share and enjoy this exciting event!