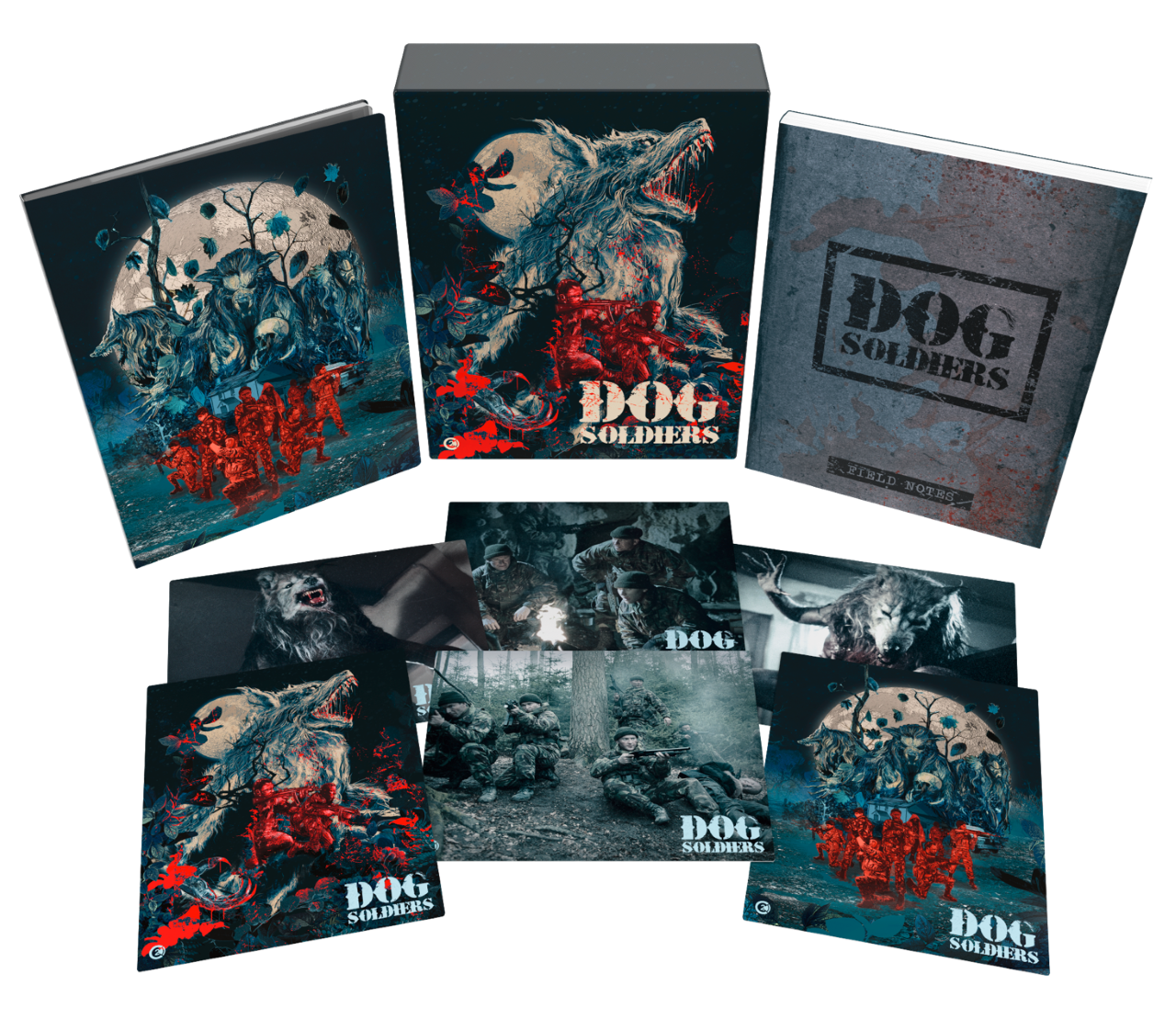 This humorous gorefest and bonafide cult classic now gets a must-have collector’s edition when this anticipated box set arrives on 22 August and includes a new 4K restoration from the original camera negative approved by the director himself and Sam McCurdy the director of photography.

The Limited Edition comes in a rigid slipcase with brand-new artwork by Chris Malbon and a 108- page book with new essays. It’s packed full of special features including brand new and archive commentaries, a new 40-minute interview with Neil Marshall, Werewolves Vs Soldiers: The Making of, A History of Lycanthropy from author Gavin Baddeley, Werewolves, Folklore and Cinema: a video essay by author Mikel J. Koven, Combat: a short film by Neil Marshall, deleted scenes and gag reel plus much more.

The movie concerns a routine training mission in the Scottish Highlands, where a small squad of happy-go-lucky British soldiers, including Cooper (Kevin McKidd), led by Sergeant Wells (Sean Pertwee), plan to join a Special Operations unit… but when they arrive all they find is bloody remains – and only one survivor, C.O. Ryan (Liam Cunningham). When the vicious perpetrators return, the group find themselves in mortal danger, but a mysterious zoologist, (Emma Cleasby) miraculously saves them. Taking shelter in an abandoned farmhouse, with no means of escape, it’s only a matter of time before the attackers return… When night falls and the full moon appears, carnage descends, and it’s werewolves versus soldiers in a battle for survival, as they face the unflinching terror of the Dog Soldiers. This unapologetically brutal and darkly funny horror will drive you barking mad with demented delight.

Like monstrous horror movies, then why not check out these which are free to stream on wedotv: Last train, full moon, all change in Paul Hyett’s superb creature feature Howl, things are wrong on the farm in Black Sheep, you’re going to need a bigger can of bug spray for Giant Killer Ants, more creepy-crawly terror in Kyle Rankin’s Infestation and terror from down under in Rogue.